Vanessa Pitts has lived in the Bartram Village housing development for nearly a decade. Her favorite part about the City-owned community? The short walk from her apartment to Bartram’s Garden, a 46-acre botanical garden wedged between the Schuylkill River and Southwest Philadelphia.

“It gave me an out,” says Pitts, 58, who retired early due to an illness. “Seeing as I can’t work anymore, I was able to go back there and just sit around, think and explore.”

Bartram Village and Bartram’s Garden, both named for the 18th-century botanist and explorer John Bartram, sit adjacent to one another in a sliver of Southwest Philly dominated by industrial land and wild pockets of forest. Just a narrow treeline and metal fence separate the two properties.

“It gave me an out. Seeing as I can’t work anymore, I was able to go back there and just sit around, think and explore.” — Vanessa Pitts

Bartram’s Garden, for much of its recent history, tailored its programming and marketing toward those with an interest in horticulture or the garden’s rich Colonial-era legacy. It did not see itself as a neighborhood park. That began to change about three years ago, when a new executive director and staff launched a series of projects and programs aimed at transforming the historic garden into an inclusive green space.

“I think we have been able to see that Bartram’s Garden has a lot more potential to serve as an anchoring green space for West and Southwest Philadelphia,” says Justin DiBerardinis, director of programming and partnerships at the John Bartram Association, a nonprofit that manages the garden. “It’s the oldest botanic garden in the Americas, but it is also some very rare green space in this community.”

The Bartram’s Mile trail project, funded in part by a $250,000 grant from the Civic Commons initiative, is the latest effort toward making the garden more welcoming. Construction of the mile-long bike and pedestrian trail, outfitted with lighting, benches and lawn areas, is set to begin this spring. Once completed, the trail will run along the west bank of the Schuylkill River from near the base of the Gray’s Ferry Bridge to the Bartram’s Garden property.

Collaborating on this project are the John Bartram Association, the Philadelphia Department of Parks and Recreation, and the nonprofit Schuylkill River Development Corporation. Their long-term goal is to join Bartram’s Mile with the Schuylkill River Trail, via a refurbished industrial swing bridge, and connect Center City and Southwest Philadelphia. Redevelopment of the bridge is also slated to begin this year, although no hard date has been set.

Until then, the immediate goal is to draw local residents back to the waterfront and into Bartram’s Garden. 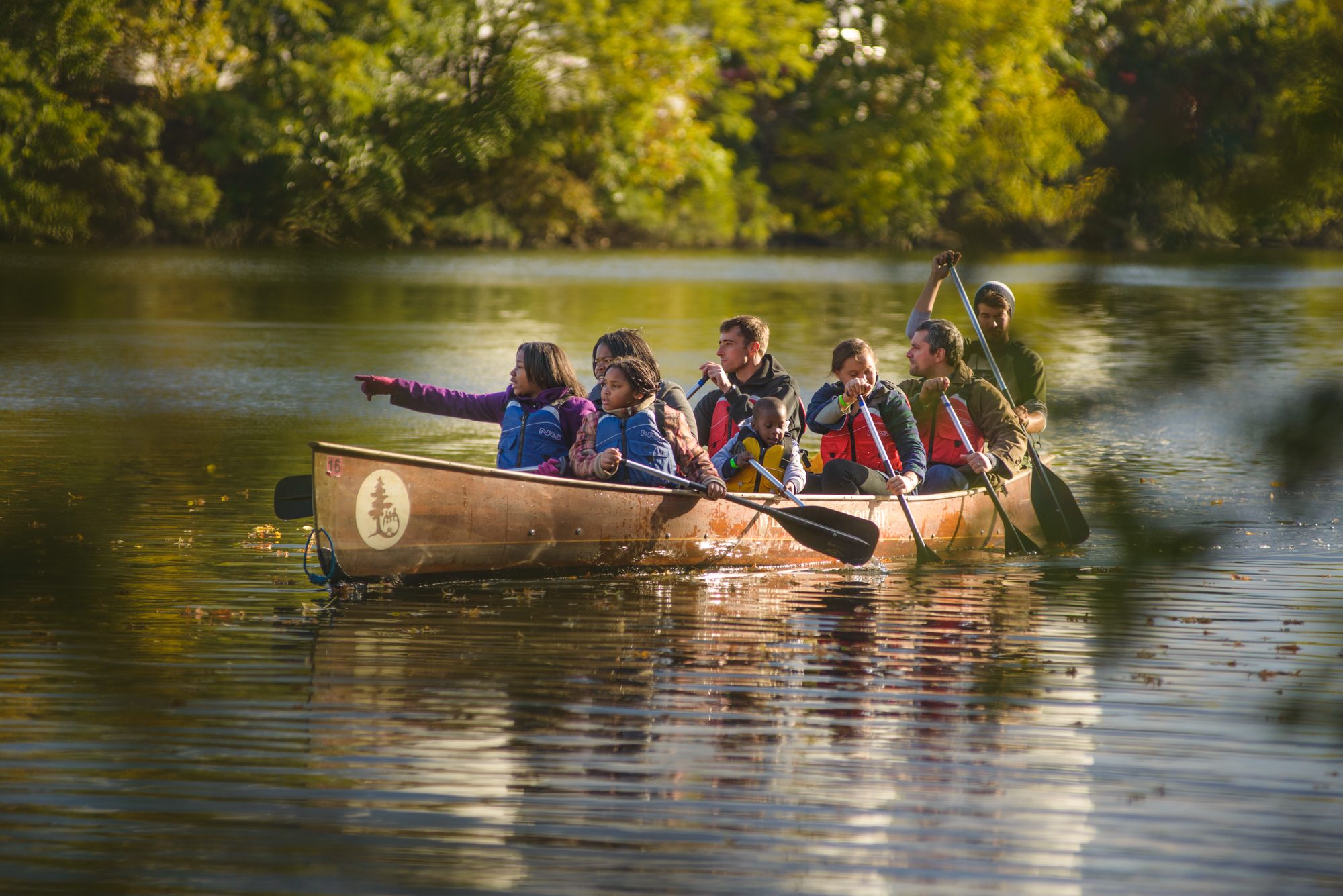 Canoeing on the Schuylkill at the Bartram’s Garden UNI Harvest Festival. 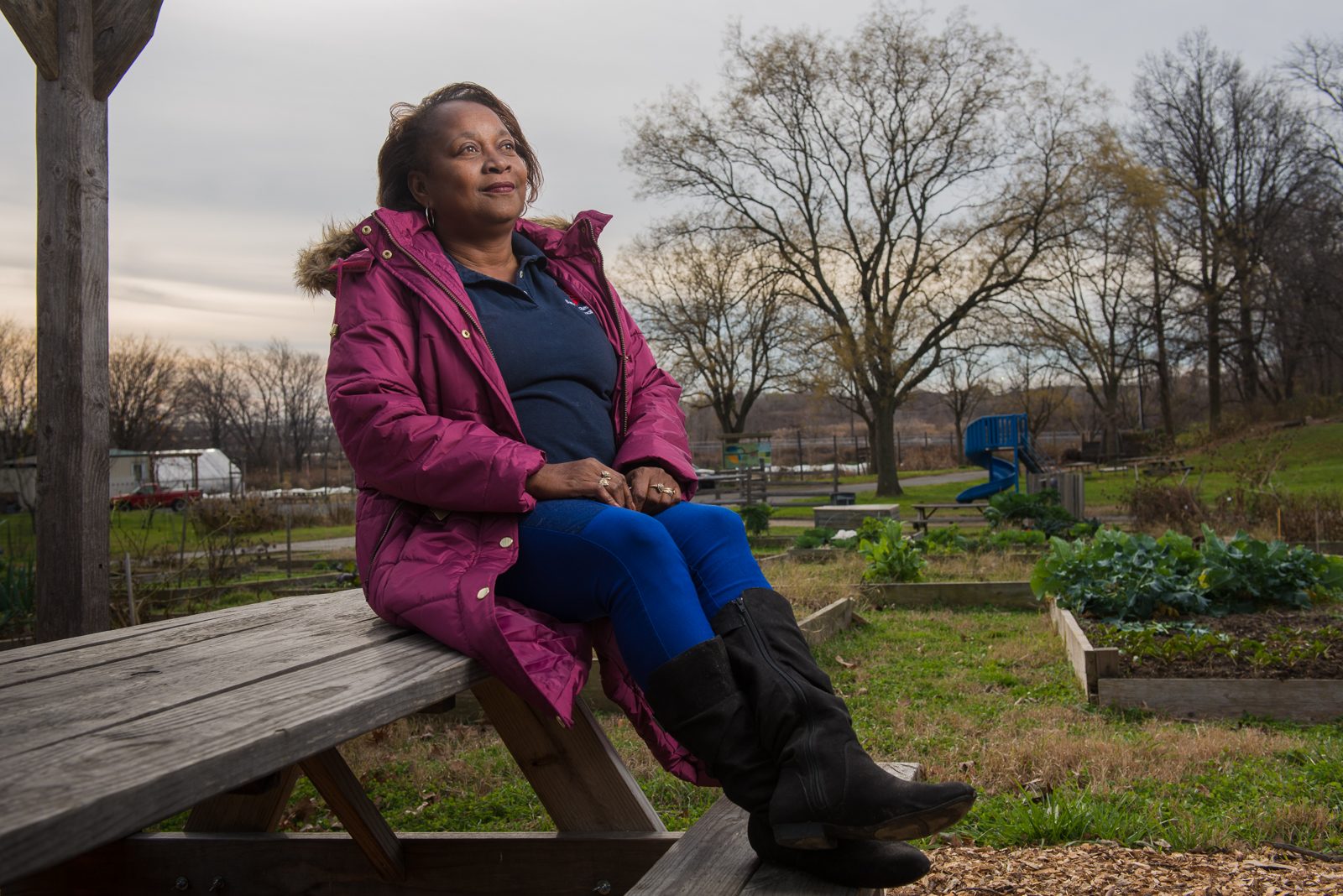 Engaging the community, however, first required overcoming some powerful negative associations with the river.

“When I first moved out here, the community had a frightful relationship with the river,” says Pitts, now president of the Bartram Village resident council, which advocates for improvements on behalf of locals. “They were basically scared of the river.”

That fear, Pitts says, was shaped by a few tragic incidents that haunt the community to this day. In 2009, for example, a 9-year-old girl drowned after another child playfully pushed her into the river near Bartram’s Garden. More recently, a body washed up below the Gray’s Ferry Bridge. These incidents don’t mean that the river is inherently unsafe, but a stigma against the waterfront developed anyway.

Pitts says the biggest problem is not the river itself but the lack of supervision and rules along the waterfront. “That’s where the Bartram’s Mile comes in,” she says. “Once they create that, all the fencing and everything will be there. The coastline is secure. There will be more police activity back there.”

The lack of engagement with Bartram’s Garden may also reflect different cultural values when it comes to recreation and public space, explains Tarsha Scovens, founder and director of Let’s Go Outdoors, a nonprofit devoted to bringing outdoor education and activities to Philadelphia’s African-American community. 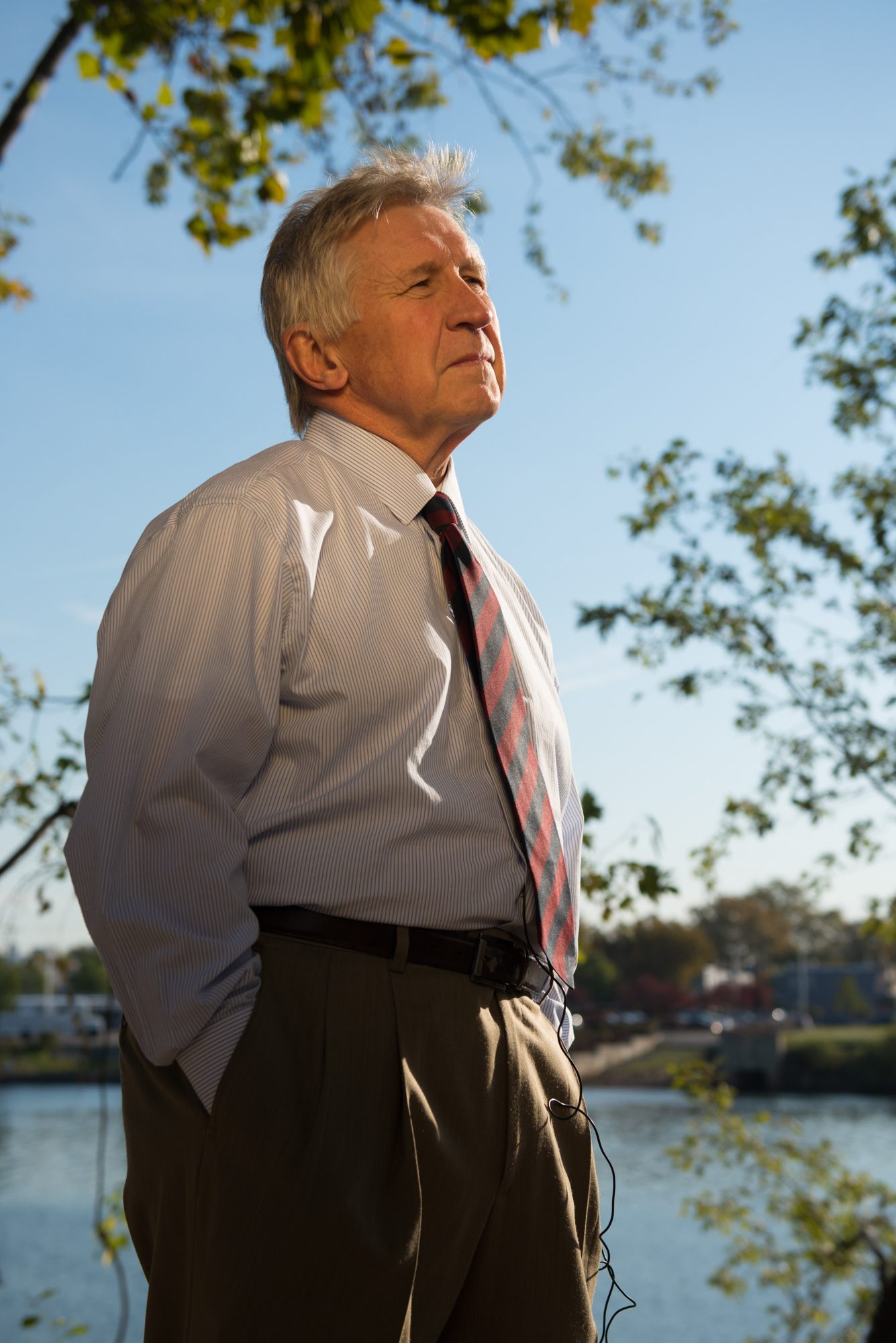 “They’re a lot of people that live close by, and historically those people have not had access to the river because of industry.” — Joe Syrnick.

In her experience, urban African Americans tend to think of recreational space in terms of blacktop rather than green trails. “We connected [to recreation] in the sense of going to playgrounds, playing on the street, being in an urban environment,” she says.

Indeed, during the community outreach process for Bartram’s Mile, a number of residents asked for playgrounds and athletic space to be included in the trail.

“There were a lot of people that wanted ball fields or soccer courts, things that I think of as more traditional recreation,” says Joe Syrnick, president and CEO of the Schuylkill River Development Corporation. “That’s not what the Schuylkill Trail is. It’s more passive recreation.”

Ultimately, simple access may account for the biggest barrier to the community. Industry has long blocked off the west bank of the Schuylkill River. To this day, even though many companies have left, contaminated brownfields and abandoned industrial buildings isolate large sections of the waterfront.

“As far as I know, there are only a few places [where] you can get access to the river,” Syrnick says.

Bartram’s Garden would be one of them, but making the centuries-old landmark a welcoming entry point has been a struggle in its own right.

A sense of ownership

In part, the rift between the community and Bartram’s Garden is rooted in concerns about crime, particularly vandalism. A number of incidents, some within the last year, have involved local teenagers entering the garden and damaging property. But parents are stepping up to curb this behavior, Pitts says, because increasingly they feel a sense of ownership over the garden.

“The parents love going back there for the different things that they offer — the hay rides, the boating, all that stuff — they love being able to do that,” Pitts says. “And if their kids are going back there to tear things up, they can’t do that.”

In the last year, Bartram’s Garden has quadrupled its programming, according to DiBerardinis. He says that in the near future the garden will host events every day of the week, and that more and more of them will target people living nearby.

Maitreyi Roy, who became the garden’s executive director in 2012 and who previously worked for the Pennsylvania Horticultural Society, has a track record straddling the line between neighborhood concerns and horticulture. It’s something that DiBerardinis says will remain a primary focus going forward.

“This garden is the anchor,” he says. “This is the reason that we’re here. But we can be a whole lot more than the historic core.”

“I think Bartram’s Garden is a place for everybody. I think that’s a promise we’re beginning to make good on.” — Justin DiBerardinis

Tanya Robinson, a Bartram Village resident for 22 years, only recently began taking walks down to the garden. She discovered it after her daughter’s school visited for a field trip. “I really didn’t know it was over there,” she says.

As Bartram’s Garden holds more events, DiBerardinis says he hears the same response many times from attendees. “The main thing you hear is, ‘I didn’t know this was here,’ ” he says.

Due to projects like Bartram’s Mile and the efforts of community leaders like Pitts, who regularly encourages residents to take advantage of what she calls “a little bit heaven in our own backyard,” residents are striking up a new relationship with their longtime neighbor.

“When I really need to think and be away from the hustle and bustle, I go over there,” Robinson says.

The Community Farm and Food Resource Center in Bartram’s Garden is a youth development site that employs up to 25 high school students who grow, harvest, and distribute produce in Southwest Philadelphia. The farm also provides 25,000 seedlings to community farmers as part of the Pennsylvania Horticultural Society’s City Harvest program.

Bartram’s Mile is one of five public space projects in Philadelphia’s Reimagining the Civic Commons Initiative — the pilot program in a national initiative exploring how improving, repurposing, and connecting civic assets can lead to greater social and economic integration and opportunities. Convened by Fairmount Park Conservancy with support from the John S. and James L. Knight Foundation and the William Penn Foundation, Philadelphia’s five-member Civic Commons Collective is serving as a three-year “learning laboratory” to explore new ideas and test new strategies related to “reimagining the civic commons.”