In late 2014, Philadelphia got the rare opportunity to test a new approach for enhancing its parks, recreation centers and libraries. The John S. and James L. Knight Foundation and the William Penn Foundation partnered to give a combined $11 million to the Fairmount Park Conservancy to support five major public investments — some shovel-ready, some in the planning phases — located around the edges of greater Center City. The Knight Foundation invested $5.4 million and the William Penn Foundation contributed $6 million towards the initiative, in addition to more than $20 million from other partners already invested in the projects. The Fairmount Park Conservancy — the nonprofit tasked with promoting and developing Philadelphia’s park and recreational spaces — leads the collaborative effort by convening the partner organizations and serving as a hub for the initiative, in addition to overseeing one of the projects to transform a section of Fairmount Park.

More than a year later, the initiative, known as Reimagining the Civic Commons, has made considerable gains. Yet there is still much to be done.

The projects include a riverfront bike and pedestrian trail, a renovated public library and park space, an elevated park, a nature center/outdoor youth education center, and new active and passive recreation improvements for West Fairmount Park. A mix of local and national nonprofits, business improvement districts and city agencies are leading the projects on the ground.

“Our hope is that this group will become a coalition who will be champions for all public spaces, all civic assets in this city,” says Shawn McCaney, director of creative communities and national initiatives at the William Penn Foundation, which partnered with the Knight Foundation early on and had already invested $7.5 million in these projects.

Carol Coletta, former vice president for community and national initiatives at the Knight Foundation, first conceived of the idea for Civic Commons after looking back at how civic spaces shaped her childhood.

“I think I was lucky to grow up in a time when I could walk to the library. The park had staff during the summer. I could feel community very present in my neighborhood,” says Coletta, who grew up in Memphis during the 1960s. “But today. I think those assets really struggle for lack of public support.”

There are a range of reasons why libraries, recreation centers and the like — or as planning and government types call them, “civic spaces” and “civic assets” — have seen better days. One of them is that a growing number of Americans simply don’t use these resources as much as they once did.

“We’ve seen a very clear pattern of people with money who can afford commercial opt-outs. They can send their kids to private schools. They can buy their books on Amazon. They can put their kids in elite recreation leagues,” Coletta says. “All of those things, I think, have created this divide between those who can afford private options and those who cannot. And with that divide comes dwindling public support.”

A June 2015 report by City Observatory, an Oregon-based think tank supported by the Knight Foundation, surveys the ways in which Americans have become more private and less inclined to use public resources. For example, research shows a decades-long decline in the number of Americans who use public swimming pools and rec centers — once the cornerstones of their communities. Meanwhile, the use of private pools and gyms has increased. 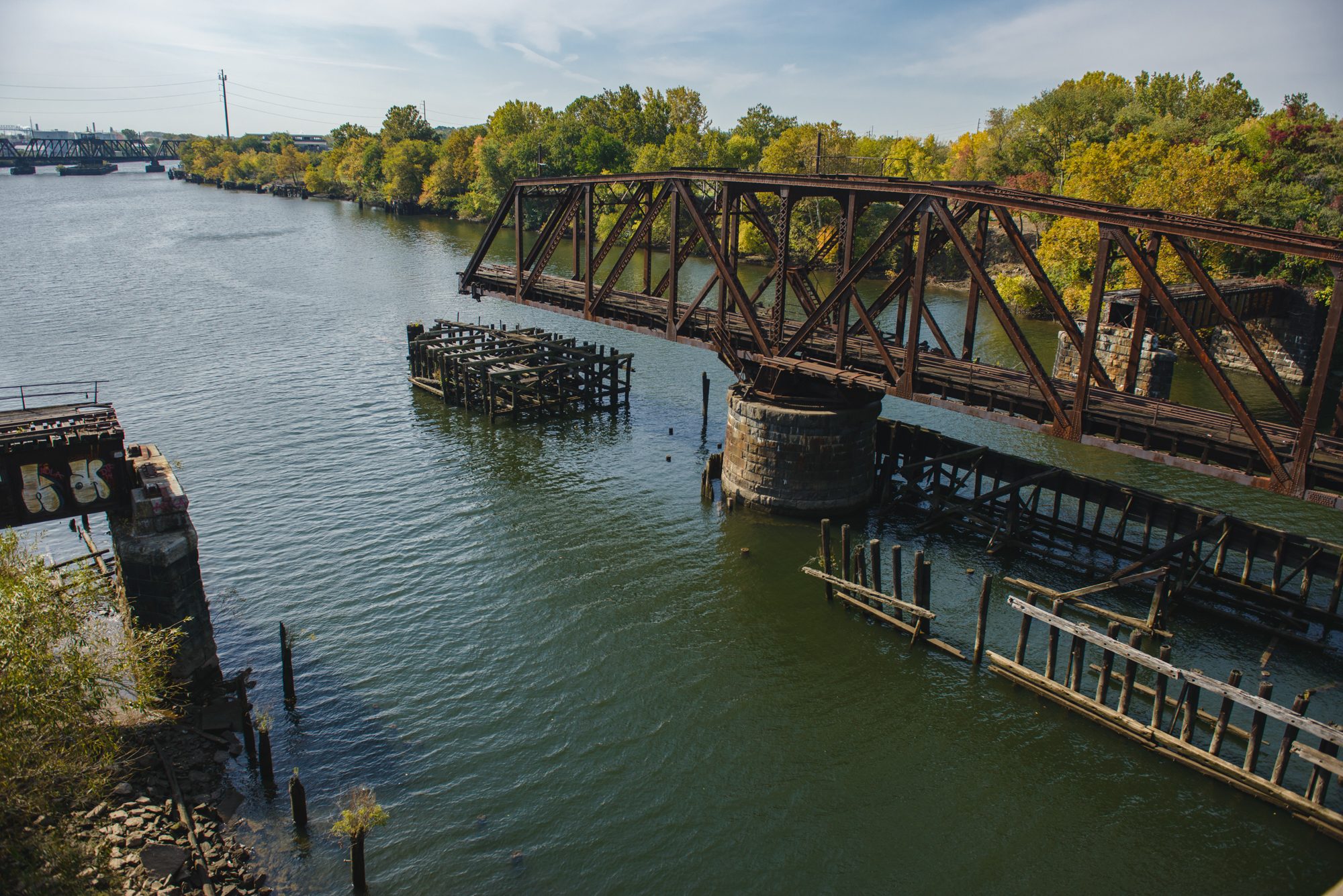 The swing bridge at Bartram’s Mile will form a key piece of the renovation.

Yet these trends show signs of reversing. In 2006, Philadelphia began to grow in population for the first time in decades. Many new residents arrived with a rejuvenated interest in civic space. Michael DiBerardinis, the parks and recreation commissioner under former mayor Michael Nutter, watched this change unfold.

“There’s growing interest in this city and around the country, particularly in urban areas, for people to connect with nature,” says DiBerardinis, who is now the managing director under Mayor Jim Kenney. “Here in Philadelphia, the philanthropic community has put its weight behind these efforts.” 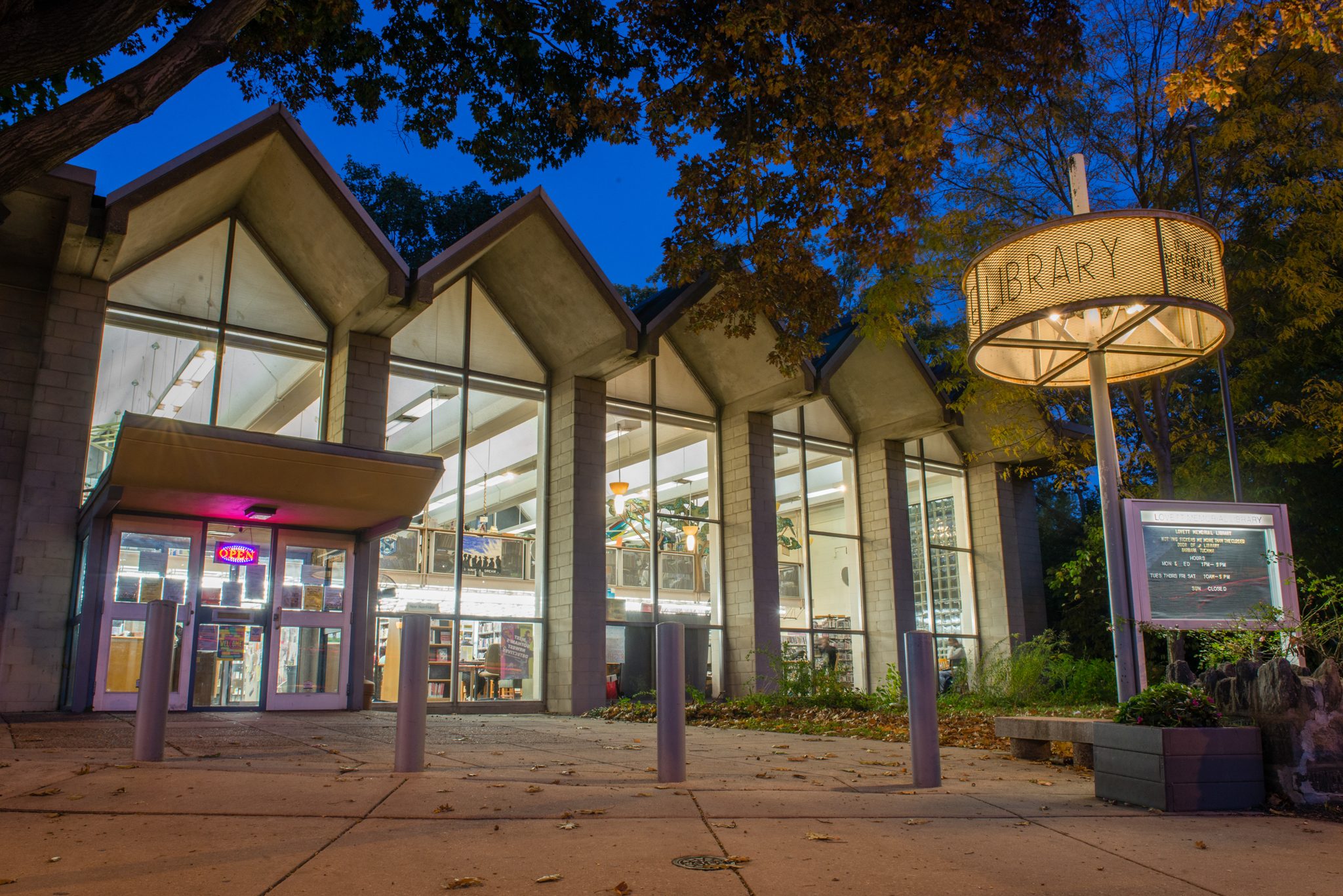 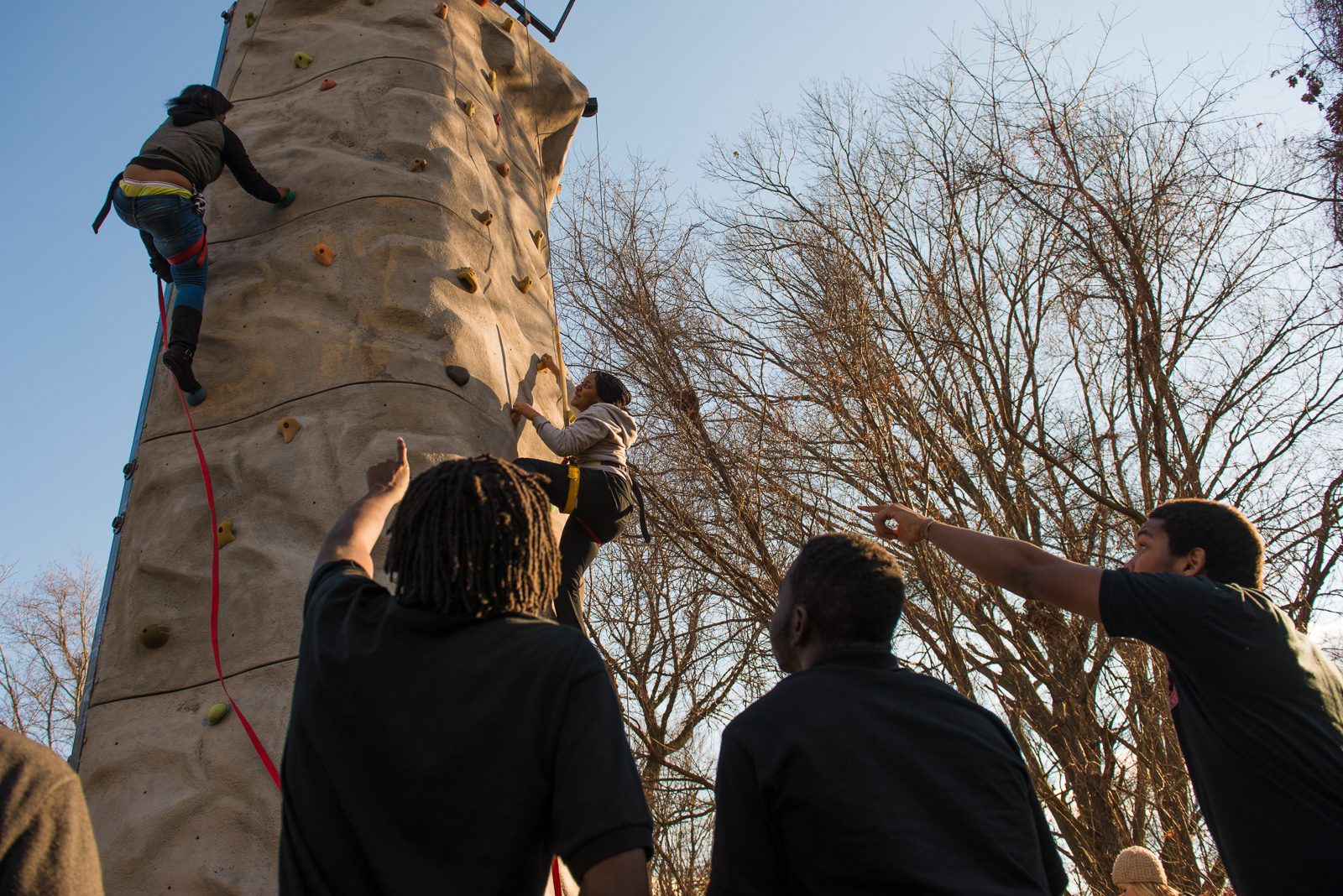 In 2013 the William Penn Foundation launched its Great Public Spaces strategy, which is focused on investing in parks, trails, libraries and other civic assets in an effort to promote greater community connectivity and engagement, especially in underserved neighborhoods. The strategy was an outgrowth of the Foundation’s prior public space investments in Center City parks and green spaces, such as Logan Square, Franklin Square, the Benjamin Franklin Parkway and Independence Mall.

The strategy was also inspired by the Foundation’s Central Delaware River initiative, which was the catalyst behind a new vision for the future of the riverfront. Today, that vision is becoming realized with the addition of three new waterfront pier parks and several miles of riverfront trails, which are reconnecting communities with the river.  Since its launch, the Great Public Space strategy has funded 17 organizations to improve 35 public spaces in the city.

“Philadelphia used to have a single park system that was very centralized and operated by the city government. But today almost all the new public spaces being created in Philadelphia are being created by nonprofit partners working with the City,” McCaney says. “So now we don’t have a park system, but a system of parks.” 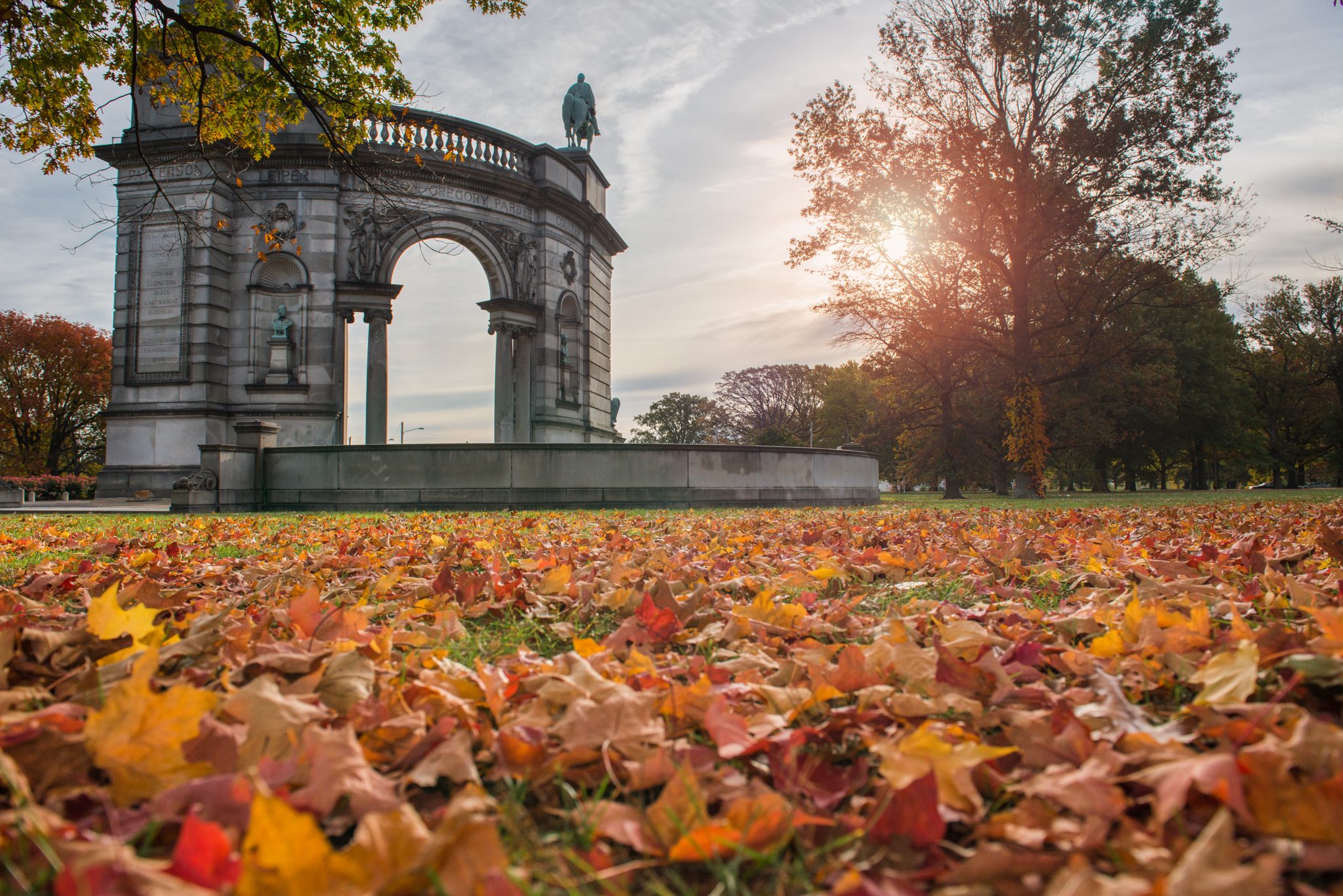 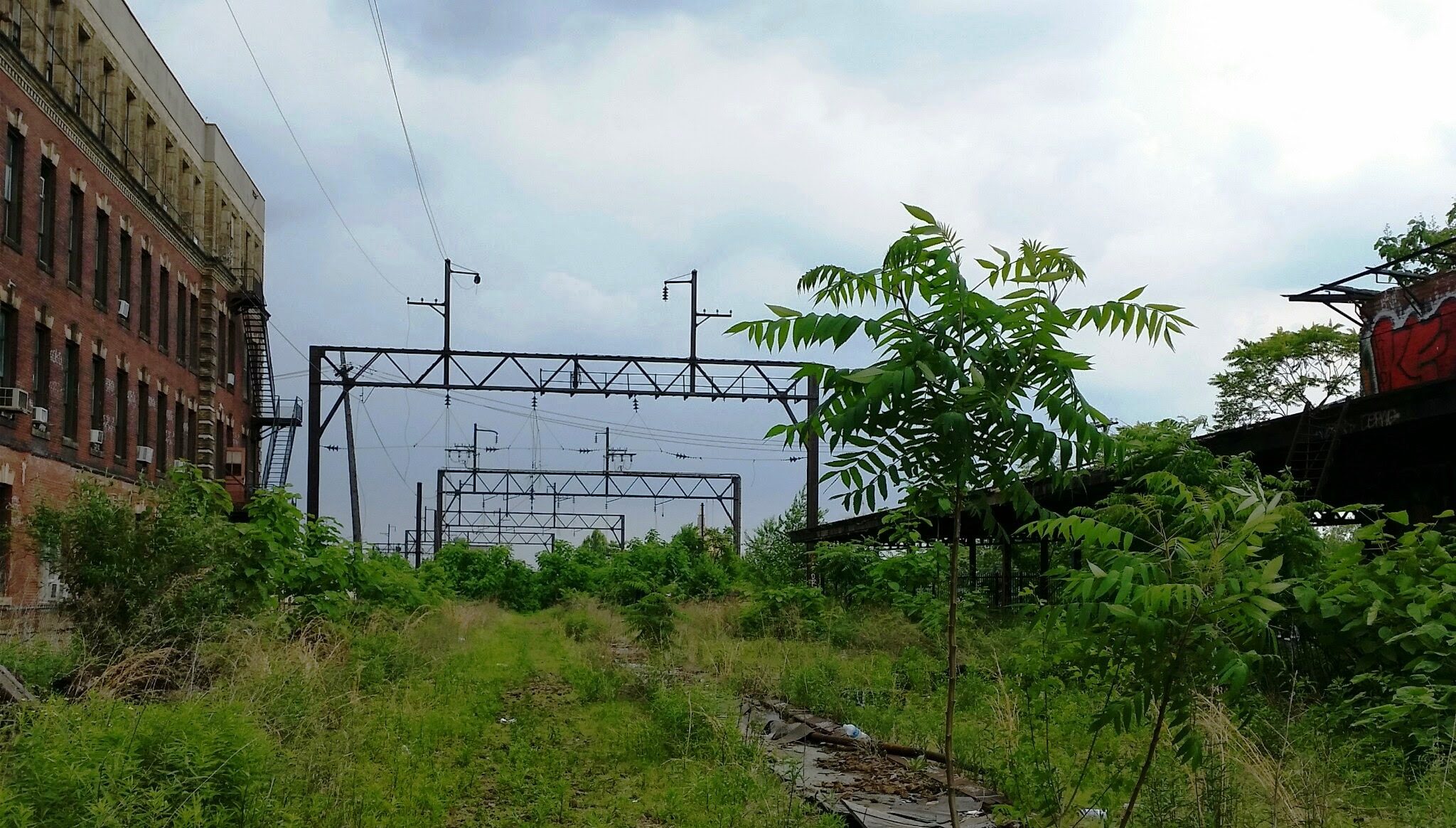 This trend has an upside and a downside, McCaney admits. On the one hand, parks and civic spaces see new investment. Groups like the Center City District and the Schuylkill River Development Corporation (both of which are a part of the Civic Commons projects) are raising additional resources to supplement the limited funding of the Parks and Recreation Department. Without them, a number of civic spaces, such as Dilworth Park and the Schuylkill Banks, wouldn’t exist today.

At the same time, these organizations don’t always coordinate with one another, making it difficult to create a citywide vision for civic space.

“We tend to work in such silos in Philadelphia,” says Kathryn Ott Lovell, who helped launch the Civic Commons initiative as the former executive director of the Fairmount Park Conservancy.

Less than five years ago, the Conservancy’s goals were limited to promoting and seeking funding for the Fairmount Park System. In 2012, the organization expanded its mission to take a more active role in park improvements and programming, and focus more on collaborations with other groups around the city, particularly neighborhood-based stewards. As a result, it has a direct view of challenges on the ground and a growing portfolio of projects that demonstrate its enhanced mission delivery.

Among the challenges Lovell observed is that organizations don’t often share best practices with one another. She likes to tell the story of when she went to Washington, D.C. to learn more about how to develop an ice rink in an urban park space. A group there connected her with a Boston-based rink management company. Lovell later discovered that the Center City District had already used the company for Dilworth Park.

“I took people to D.C. and then called a group in Boston to get information that was across the street,” says Lovell, now parks and recreation commissioner in Mayor Kenney’s administration.

That’s where Reimagining the Civic Commons comes in. The initiative is designed to give the non-profits behind Philadelphia’s civic spaces a chance to meet, share information and shape a common vision. For now, the collective consists of the organizations behind the five initial sites, but the goal is to eventually bring more groups into the fold.

Over the next year, the organizations will meet to discuss shared needs, such as better data gathering, innovative operations practices and to exchange notes on their projects. “We want to help people think about larger goals for their projects and for their communities,” Lovell says.

What are those goals? In Philadelphia, which ranks in the top 10 poorest cities in the U.S., using civic space as a way to improve neighborhoods outside Center City is at the top of list.

“The reason these projects were selected is because the neighborhoods that they’re in are rapidly changing,” Lovell says. “They’re in neighborhoods on the periphery of Center City that are fluid right now, or will be changing in the next five years.” She adds that the partner organizations must learn how to see their projects as “platforms for economic and social integration.”

Here are some details on each of the projects:

Embedded within each of these projects is a balancing act between serving the existing communities that surround them while also attracting visitors from across the city and region.

“The common theme among these projects is that they sit on the ‘seams’ between neighborhoods,” says McCaney, “and as a result they have the potential to become ‘shared’ civic spaces. By transforming them into high quality and high performing public assets, they can serve local recreation needs while at the same time potentially attracting visitors from other parts of the city, thereby promoting greater social interaction across the city. For the William Penn Foundation, that is the ultimate reason why we are investing in trying to reimagine the civic commons.”

As the first year of Reimagining the Civic Commons moves forward, the aim is help each project serve their local in-place communities while attracting new visitors to benefit from these significant public investments.

“We’re filling a real void that has existed in our city for too long,” Lovell says.

Philadelphia’s Reimagining the Civic Commons Initiative is the pilot program in a national initiative exploring how improving, repurposing, and connecting civic assets can lead to greater social and economic integration and opportunities. Convened by Fairmount Park Conservancy with support from the John S. and James L. Knight Foundation and the William Penn Foundation, Philadelphia’s five-member Civic Commons Collective is serving as a three-year “learning laboratory” to explore new ideas and test new strategies related to “reimagining the civic commons.